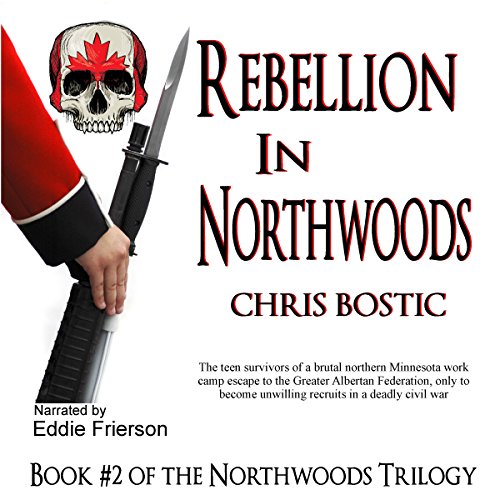 Penn and Cesswi, the teen survivors of a brutal northern Minnesota work camp, escape to the Greater Albertan Federation, only to become unwilling recruits in a deadly civil war.

The Albertan camp is riddled with dark undercurrents, and sabotage that strike close to Penn and his dearest friends, leaving them disillusioned with the supposedly “better” life. But Penn's girlfriend, Cesswi, sees only wild conspiracy theories.

The harsh winter has turned into an early spring, meaning Penn and Cesswi's six month fugitive exile from the oppressive Northwoods work camp is drawing to a close. Deportation looms if they don't accept Albertan citizenship, giving the teenaged couple a life-changing decision to make. Penn is set on returning home to Winnkota, but Cesswi is not so sure.

When the opportunity presents itself in the form of an unexpected uprising, they attempt their perilous escape. They survived their flight from the Northwoods camp, and must now brave the bullets once again for another chance at freedom, while caught up in a bloody rebellion that could drive them apart forever.

Penn and Cesswi's better life seems further away than ever. Can Penn bring his scattered crew together again, and lead them all home to safety?