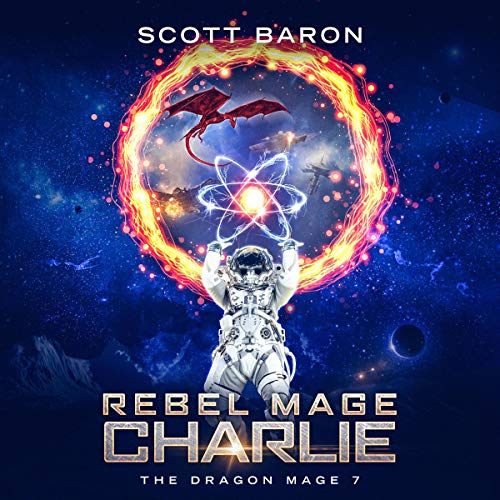 When the going gets tough, the tough get going. Or in Charlie's case, the going just gets tougher. It was enough to make him wonder if his luck would ever change. He should have known better.

Charlie had already managed to overcome alien mercenaries in two galaxies, miraculously saving his own neck as well that those of his dear friends. But things were getting complicated, and fast. Very, very complicated, in fact. With their forces in the dark as to the true nature of their enemy, Charlie and his band of rebel pirates and resistance fighters would have to dig deep if they hoped to find a way to overcome the deadly foe.

And failure? It would mean a life of slavery if they were lucky, though death was a far more likely outcome.

But there was another, unexpected player in this game of magic and warfare. More than one, in fact. And as their roles became clear, the entire nature of the battlefield would change. But whether or not they could adapt in time to survive remained to be seen.