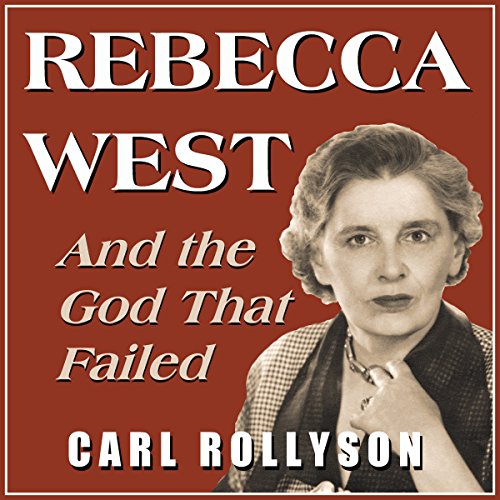 Rebecca West and the God That Failed: Essays

After completing his biography of Rebecca West in 1995, Carl Rollyson felt bereft. As his wife said, "Rebecca was such good company." He had already embarked on another biography, but Rebecca kept beckoning him. He felt there was more to say about her politics - a misunderstood part of her repertoire as a reporter and novelist. And had he done justice to her enormous sense of fun and humor? He regretted excising the portrait of her he wanted to put at the beginning of his biography. His editor kept cutting away at what he called Rollyson's doorstop of a book. And then after years of waiting, Rollyson received her FBI file. He kept running into Rebecca, so to speak, when he was working on his biographies of Martha Gellhorn and Jill Craigie. Interviews in London often turned up people who had known West as well.

Thus piece by piece, Rollyson accumulated what's now another book about Rebecca West. This new collection tells the story of how his biography got written, of what it means to think like a biographer, and why West's vision remains relevant. She's one of the great personalities and writers of the modern age, and one that we are just beginning to comprehend.