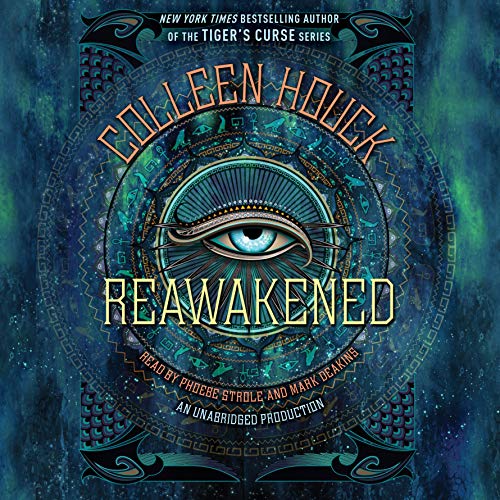 "The author weaves her story out of Egyptian lore, cinematic magic, selfless love, and...is clever enough to remain surprising even to the last sentence." ( Kirkus Reviews)

The first book in a new multibook series from New York Times best-selling author Colleen Houck about a teenage girl entangled in an epic Egyptian quest full of romance, adventure, and mythology!

When 17-year-old Lilliana Young enters the Metropolitan Museum of Art one morning during spring break, the last thing she expects to find is a live Egyptian prince with godlike powers who has been reawakened after 1,000 years of mummification. And she really can't imagine being chosen to aid him in an epic quest that will lead them across the globe. But fate has taken hold of Lily, and she, along with her sun prince, Amon, must travel to the Valley of the Kings, raise his brothers, and stop an evil, shape-shifting god named Seth from taking over the world. From New York Times best-selling author Colleen Houck comes an epic adventure about two star-crossed teens who must battle mythical forces and ancient curses on a journey with more twists and turns than the Nile itself.

"In this series opener, Houck...introduces a fantasy teeming with Egyptian characters and mythological stories come to life.... Houck's moving depiction of the love between Lily and Amon is memorable." ( Publisher's Weekly)
"Littered with Egyptian mythology and snappy dialogue, this romantic adventure is a good choice for graduates of Rick Riordan or fans of Houck's Tiger's Curse series." ( Booklist)