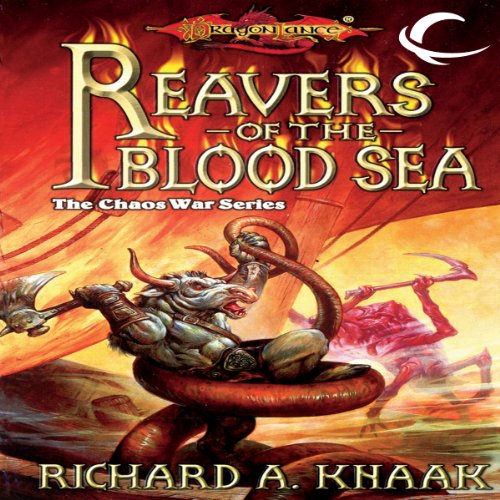 Reavers of the Blood Sea

Reavers of the Blood Sea

Chaos's evil shadow sweeps over KrynnDuring the hottest summer in memory, minotaurs fight against the Knights of Takhisis, into whose hands their god Sargonnas has delivered them. In the midst of the conflict, the armies of Chaos plunge into the heart of Ansalon.

Now the minotaur warrior Aryx must unite his people and their enemy, the knights, against the monstrous servants of Chaos. If he succeeds, the two sides may forge a bond that will change Krynn for all time.

If he fails, then they will all perish.

Richard Knaac, author of the New York Times best-selling The Legend of Huma, tells this thrilling tale of the minotaurs of Krynn in the time of the Chaos War.