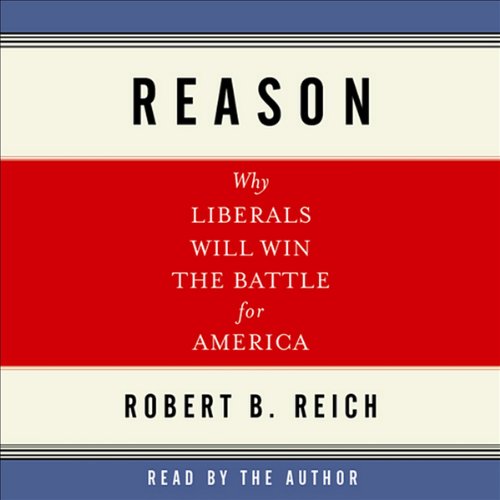 From Robert B. Reich, passionate believer in American democracy and public servant, Reason is a guide to confronting and derailing what he sees as the mounting threat to American liberty, prosperity, and security posed by the radical conservatives, Radcons as he calls them.

Reich offers a bold plan for defeating this politics of fear and favor. He provides clear answers to the barrage of accusations with which Radcons have been pummeling liberals. He analyzes the efficient Radcon political organization and their propoganda savvy, and lays out what liberals can learn from each.

Reich demonstrates how far the radical conservative agenda is from representing the national will, and explains how American liberalism can, and must, become once again ascendant in American politics.

"Reich's distinctive perspective provides insights targeted well beyond November's election." (Publishers Weekly)
"His experience as a government appointee gives him credibility; his experience as a TV and radio pundit gives him considerable style as narrator. Blessed with a pleasant voice, he reads expressively." (AudioFile)