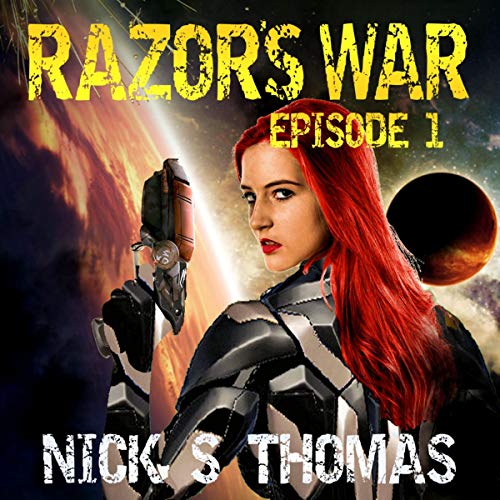 The year is 2512. War rages throughout the Alliance, but not for Razor, the Galaxy's greatest thief. She is set to make the biggest score of her career - a priceless jewel from one of the Alliance's most advanced and secure star bases. It is the perfect heist, but when the station comes under attack by the relentless forces of the Morohtan Empire, her mission becomes a terrifying fight for survival.

Razor has a bitter distrust of the Alliance and a Marine officer hunting her, too. She must decide who she can trust. Razor has never taken a life, but she has martial arts training, agility, and access to technology far beyond those of the Alliance Marines, who would see her put behind bars.

She didn't choose this war; it chose her. Time is running out as the station faces complete destruction. Can she rise to the occasion? Can Razor become the fighter the Alliance needs her to be?

Razor's War is a futuristic sci-fi action adventure. It is a stand-alone six-episode story set in the "Battle Beyond Earth" universe.