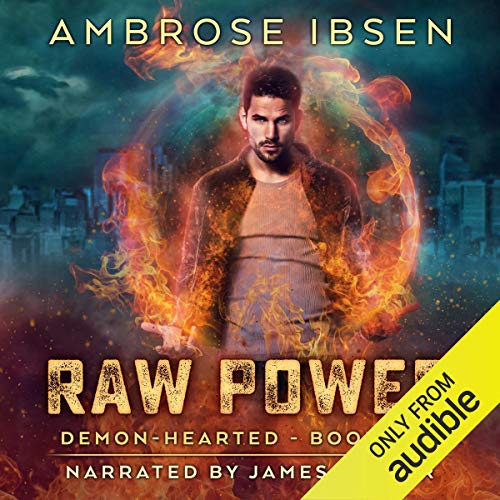 I'm one of those disgruntled millennials you've heard about on the evening news. I've got a master's degree in art history, a mountain of student loan debt, and no job to show for it.

Wait, scratch that. I track down stolen pieces of art for wealthy clients and then beat whoever stole them to within an inch of their life. Say what you will, but it puts bread on the table.

Something went wrong with this last job of mine, though. I walked in on something I wasn't supposed to see and got murdered by witches. Yeah, real, legit witches. Never saw that one coming, did you? Neither did I, and the only reason I'm writing this is because some doctor working for an ancient secret society decided it would be a good idea to use me as a science experiment.

See, he implanted a new heart in me and saved my life, but it wasn't just any old heart. It was a demon's heart. Nifty, eh?

Anyhow, I'm back and better than ever, except that now and then the demon takes over completely, and I do awful things. Lose control.

But enough about that. This is a story about how I (mostly) rein in the demon's impulsive personality and seek revenge against the coven of witches that tried to kill me. Along the way I learn a thing or two about this secret society I'm apparently now a member of and find out that there's a lot of shit out there that goes bump in the night.

Mandatory disclaimer: Yeah, look, some people don't like the way I talk. I say words like f--k a lot. If you want to take this ride, then you should know there's going to be a whole lot of cussing and violence along the way. And if I'm lucky, there'll be some skin, too. But who knows? Maybe you'll like it, you filthy animal.