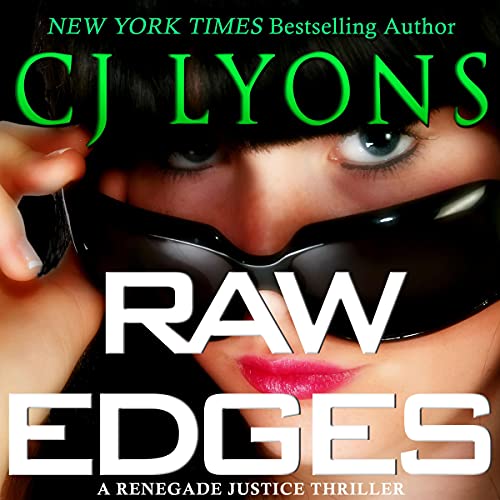 From New York Times and USA Today best-selling author CJ Lyons: Can a girl raised to kill give it up for a chance at a new life?

The only thing worse than being the girl raised by a serial killer is being the girl he blames for getting caught...and now, Morgan Ames’ father has escaped prison.

Morgan knows she’ll be at the top of her father’s hit list. After all, she dared to defy him, abandoning him to rot in jail while she escaped to live a normal life.

Every instinct screams at Morgan to run and hide, but she’s as much a predator as her father, and she refuses to allow him to turn her into prey. Because to Clinton Caine, the entire world is populated by “fish", victims to torture for his own twisted pleasure.

Morgan is no fish. Past time her father learned that. But before she can take him on she has to stay alive long enough to find him...hopefully without getting anyone else killed along the way.

A note to those who are also fans of the Lucy Guardino Thrillers: The Renegade Justice stories take place in the year between Lucy’s adventures in Kill Zone and After Shock.