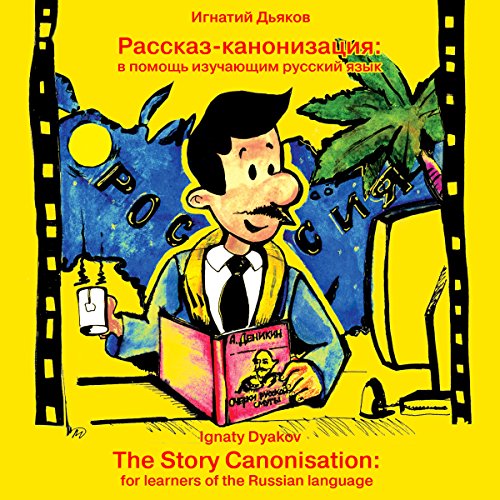 This is my third Russian-language book. For some reason, this book was much more difficult to create than the previous two. The opposite should have been the case, as it was made for those who speak and read Russian at the higher B1-B2 level; thus I had more freedom to express my ideas, and the plot could be more expressive.

In The Story Canonisation, the number of new words is much larger - around 1,000 lexemes, all from various topics - and the grammar structures are more elaborate. The issue for me was more about the life context. It was not an easy year in 2014 for Russia and Russians, no matter what their political views. It was not an easy year for me, either. It's this complexity and the ambiguousness of what happened - constantly referring to history - that I wanted to reflect upon in my book. The key goal is to help learners of the Russian language.

Moreover, there's an understanding that books nowadays should be kind, humorous, and inviting, as there is far too much negativity around us, especially in the media and on social networks. My wonderful friends and colleagues also regularly reminded me of this.

Inspired by the talent of Bulgakov, who mastered the skill of talking about complex subjects in an ironic form, I began producing this book. As in my previous books, the events unfold on the island of Guadeloupe. Banker George must "save the world", or, at the very least, help humanity. But, alongside this, the listener will learn about another main character, Professor Voensky, who had to leave Russia after the 1917 Revolution. He settled in Malta and subsequently left us something incredibly interesting and useful. I have tried my best to craft the book in several layers (for those who are in a hurry, it is useful for just practicing the most important words and grammar structures within the context).