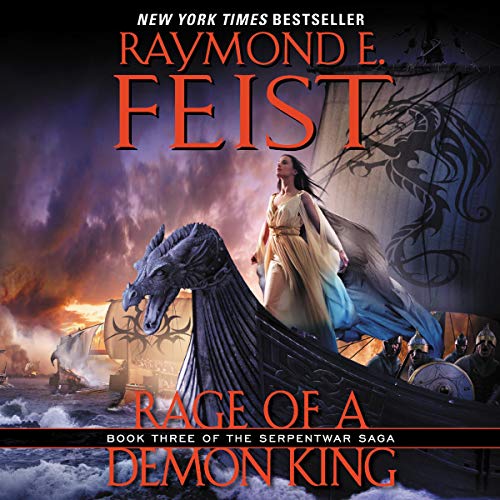 Rage of a Demon King

In Rage of a Demon King - the spellbinding third installment in Raymond E. Feist’s masterful epic fantasy, The Serpentwar Saga - the imperiled realm of Midkemia confronts its most devastating horror, as a nightmare beyond imagining descends upon the war-torn land determined to devour and destroy. A terrible conflict reaches a breathtaking climax - a world-annihilating conflagration that pits serpent against man and magician against demon.

Rage of a Demon King is Feist at his best, solidifying his standing along with Terry Goodkind, George R. R. Martin, and Terry Brooks as the elite creators of epic sword and sorcery fantasy.