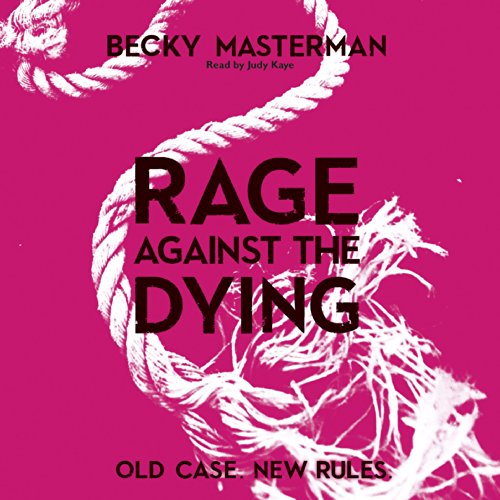 Rage Against the Dying

In her hey-day, ex FBI agent, Brigid Quinn, not only worked serial killer cases but became their prize. Small and blond, from a distance she looked vulnerable and slight...the perfect bait to catch a killer. But as Quinn got older, she realised she needed to find a protégé, a younger field agent to take her place. So Quinn trains a 22 year old and lets her loose in the field. The plan works. Until the Route 66 killer not only takes the bait, but kills the bait.

Years on, Quinn is trying to move past the fact that she has a young woman's death on her conscience. She's now the perfect Stepford Wife - until she gets a knock on her door. The girl's body has finally been discovered. Quinn is pulled back into the case and the more she learns about the killer the more she comes to believe, despite the overwhelming forensic evidence to hand, that they have the wrong man.