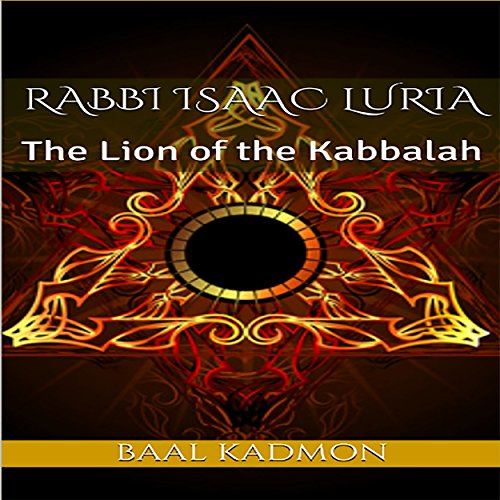 Rabbi Isaac Luria: The Lion of the Kabbalah

Rabbi Isaac Luria: The Lion of the Kabbalah

When one thinks of the Kabbalah, they often think of the 10 emanations of the tree of life. It is by far the most popular of the Kabbalistic symbols and rightfully so. It is also the one most, how shall I say, comprehensible of the Kabbalistic principles. Of course, it contains deep mysteries but if one were to attempt to describe its function, it can be done so with ease. This is the aspect of Kabbalah most people are exposed to. There is another deeper side of Kabbalah most people do not know of and that is the Kabbalistic system created by Rabbi Isaac Luria, the Ari as he is known most commonly. Despite this, his work has influenced modern Kabbalistic scholarship to such an extent that the average person would have no idea that these ideas were from this great Rabbi.

In this book, I will discuss this great Rabbi and his work and how important he was to Jewish mysticism. In fact, without him, we wouldn't have most of the Kabbalistic understand we do now. Every single work on Kabbalah released to this day is influenced by his work.

In this book, we will cover:

With that said, let us proceed!