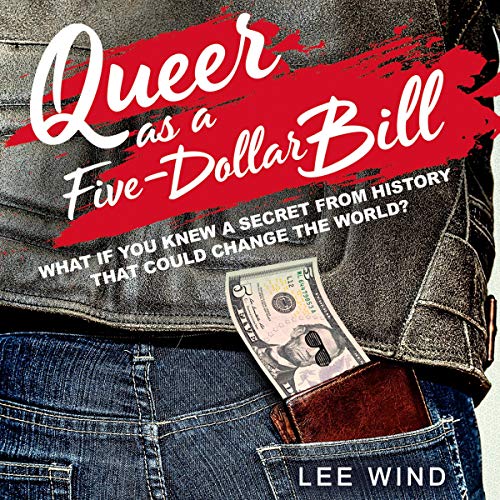 Queer as a Five-Dollar Bill

Wyatt is 15, and nobody in his homophobic small town of Lincolnville, Oregon, knows that he’s gay. Not even his best friend (and accidental girlfriend) Mackenzie. Then he discovers a secret from actual history: Abraham Lincoln was in love with another guy! Since everyone loves Lincoln, Wyatt’s sure that if the world knew about it, they would treat gay people differently, and it would solve everything about his life. So Wyatt outs Lincoln online, triggering a media firestorm that threatens to destroy everything he cares about - and he has to pretend more than ever that he’s straight.... Only then he meets Martin, who is openly gay and who just might be the guy Wyatt’s been hoping to find.

The audiobook includes a bonus interview with the author Lee Wind by multi-award-winning author Lesléa Newman. If you loved the movie Love, Simon and the audiobook Simon vs. the Homo Sapiens Agenda, you're bound to love Queer as a Five-Dollar Bill - also narrated by Michael Crouch!