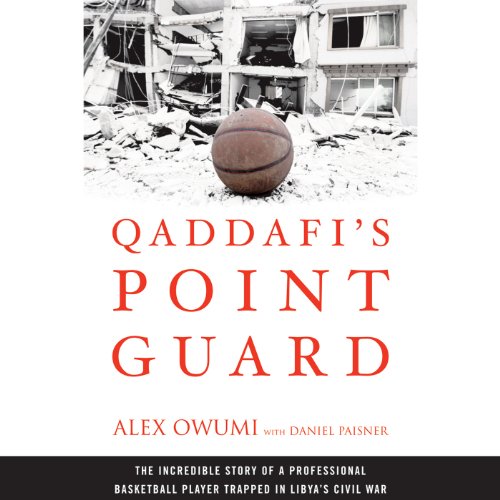 A Nigerian native who emigrated to the United States at age 11, Alex Owumi's exploits on the basketball court earned him a college scholarship to Georgetown University. Undrafted by the NBA, Owumi pursued his basketball dream overseas, eventually signing with Al-Nasr of Libya, a state-run athletic club privately funded by the family of Libyan president Muammar Qaddafi.

Owumi's tenure with Al-Nasr was interrupted by the Libyan uprising and resulting civil war. Imprisoned in his Benghazi apartment for more than two weeks with no food, phone, Internet, or hope, Owumi wondered whether he would make it out of Libya alive. Despite his weakened condition and the dangers lurking in the city, he was able to escape Benghazi and flee the country. Smuggled to a refugee camp in Egypt, he was, much to his surprise, contacted by an Egyptian team seeking his services. And so, in a bizarre, storybook ending, Owumi finished the year by helping lead the team to an unlikely league championship, earning league MVP honors in the process.

Qaddafi's Point Guard is a book about hope and longing, conflict (cultural, political, and military), and ultimately, triumph - to overcome obstacles and survive against the most desperate odds.