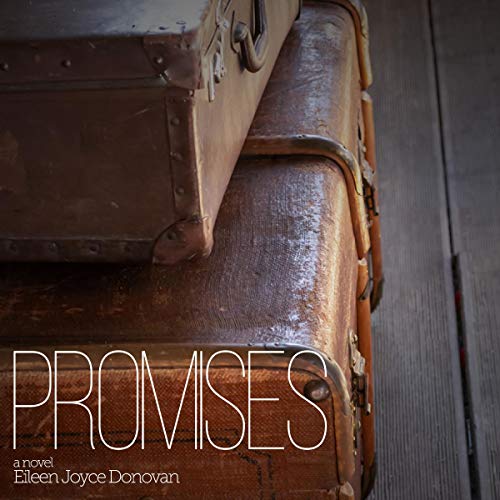 In Promises, 13-year-old Lizzie and her nine-year-old brother Colin are on their way from England to Canada in 1940.

Nightly German bombings convinced their mum to enroll them in a government evacuation program. They're told this short holiday will be filled with trips to the Rocky Mountains, the chance to meet cowboys and Indians, and a promise to return them to England when the war is over. When one of Colin's friends is swept overboard, Lizzy has doubts about this adventure.

Arriving in Nova Scotia, they are placed with Mr. and Mrs. Harris, who work them like slaves - Colin as a hand on his lobster boat and Lizzie as a servant victimized by Mrs. Harris' abuses.

When a telegram arrives saying their mum was killed in an air raid, Lizzie realizes there's no reason to go home.

Can she rescue Colin and herself from the Harrises? Will she keep her promise to her mum to protect him?