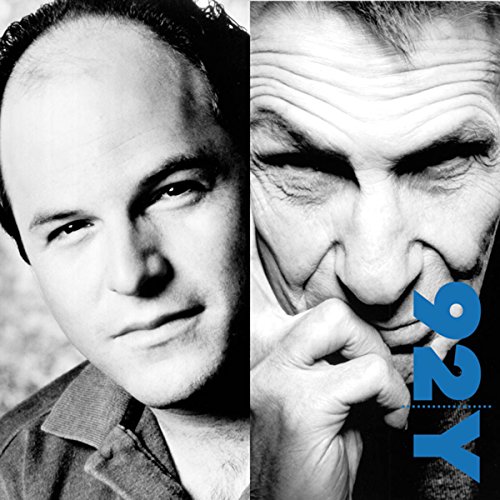 Prominent Jews Talk About Being Jewish at the 92nd Street Y

Prominent Jews Talk About Being Jewish at the 92nd Street Y

Abigail Pogrebin begins with a fitting introduction: "We’re going to jump around because I think that’s what Jewish identity is about." Indeed, each of these famous Jews has a unique story to tell. To self-deprecating laughter, Seinfeld's Jason Alexander opines an early-life mandate from his mother, "You will go to Hebrew School to learn what it is to be a Jew - to suffer!" Conversely, Kyra Sedgwick didn’t practice Judaism as a child: It was not until she acted in Fiddler on the Roof, then visited Auschwitz, that she began to take interest in her heritage. Meanwhile, Leonard Nimoy reminisces over his childhood in a Yiddish speaking community, recalling how he learned his signature "live long and propsper" salute from the elderly patrons of his temple.

Some of America's most prominent Jewish entertainers talk about their Jewish identity (or lack of one) in a panel discussion at New York's 92nd Street Y. Speakers include Jason Alexander, Leonard Nimoy, and Kyra Sedgwick. These are just some of the personalities featured in the new book Stars of David: Prominent Jews Talk About Being Jewish by Abigail Pogrebin.