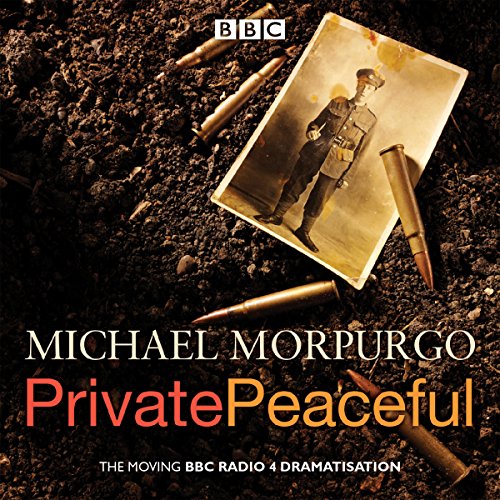 A BBC Radio 4 dramatisation of the powerful novel set in the First World War, from the author of War Horse.

This is the story of Thomas "Tommo" Peaceful, a young soldier who finds himself in Belgium, in the trenches of the First World War, with his brother Charlie. It is also the story of Tommo’s life, growing up in Devon with his brothers, and of his love for Molly, the beautiful girl he met on his first day at school.

As the story unfolds, from past to present, so approaches the hour when Tommo and Charlie will be separated forever. The horrors of the First World War, and the injustice meted out to the soldiers who fought in it, are movingly described.

Recorded on location in Iddesleigh, the Devon village where the book is set, this radio dramatisation features among its cast Paul Chequer, Nicholas Lyndhurst, and author Michael Morpurgo himself.