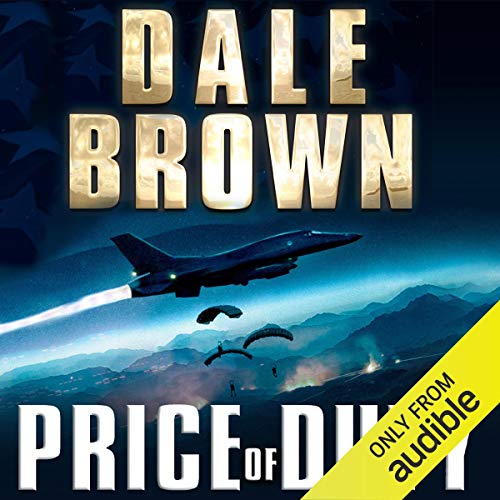 In a top-secret location deep in the Ural Mountains, Russian President Gennadiy Gryzlov has built his nation's most dangerous weapon since the atomic bomb - a fearsome tool to gain superiority in Russia's long-running battle with the West.

From inside Perun Aerie - an intricate network of underground tunnels and chambers that is the heart of the Russian cyberwarfare program - he is launching a carefully plotted series of attacks on an unsuspecting US and its European allies. The first strike targets Warsaw, Poland, where Russian malware wipes out the records of nearly every Polish bank account, imploding the country's financial system and panicking the rest of Europe.

When Stacy Anne Barbeau, the besieged American president, fails to effectively combat the Russian threat, Brad McLanahan, on some well-earned R and R with his new Polish girlfriend, Major Nadia Rozek, is called back to duty.

As the Russians' deadly tactics escalate - including full-scale assaults on Europe's power grid and the remote hijacking of a commercial airliner that kills hundreds of civilians - McLanahan and his Scion team kick into gear, arming themselves with the most advanced technological weaponry for the epic struggle ahead.

A patriot in the mould of his father, the late general Patrick McLanahan, Brad knows firsthand the price of freedom. With the world's fate hanging in the balance, will Scion succeed in turning back Gryzlov before he can realise his terrifying ambition to conquer the globe? And what will the toll of victory be?