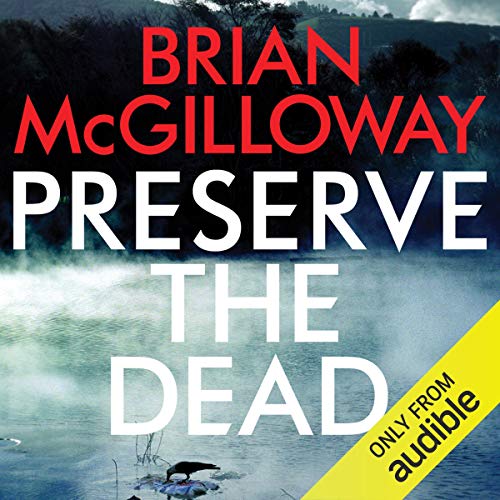 Detective Sergeant Lucy Black is visiting her father, a patient in a secure unit in Gransha Hospital on the banks of the River Foyle. He's been hurt badly in an altercation with another patient, and Lucy is shocked to discover him chained to the bed for safety. But she barely has time to take it all in before an orderly raises the alarm - a body has been spotted floating in the river below....

The body of an elderly man in a grey suit is hauled ashore: he is cold dead. He has been dead for several days. In fact a closer examination reveals that he has already been embalmed. A full-scale investigation is launched - could this really be the suicide they at first assumed, or is this some kind of sick joke?

Troubled and exhausted, Lucy goes back to her father's shell of a house to get some sleep; but there'll be no rest for her tonight. She's barely in the front door when a neighbour knocks, in total distress - his wife's sister has turned up badly beaten. Can she help?

In Preserve the Dead, Brian McGilloway weaves a pacy, intricate plot, full of tension to the very last second. DS Lucy Black's third outing since the best-selling Little Girl Lost confirms her as one of the decade's most original female detectives: strong, sensitive and ever determined.