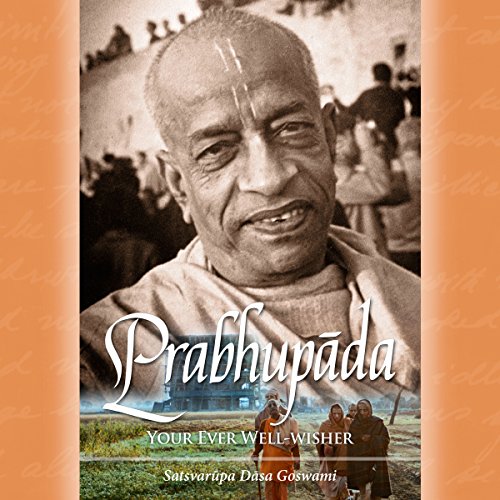 Prabhupada: Your Ever Well-Wisher

Prabhupada: Your Ever Well-Wisher

Prabhupada: Your Ever Well-Wisher tells the inspiring story of a remarkable man and his remarkable achievement. A. C. Bhaktivedanta Swami Prabhupada - philosopher, scholar, religious leader, author - founded the Hare Krishna movement in 1966, effectively transplanting India's spiritual culture of bhakti yoga from India to America. In his seventies and with almost superhuman drive, Prabhupada took his Hare Krishna movement and its iconic chant around the world and then back to India, establishing centers and ashrams wherever he went and writing over sixty books.

Drawing on Prabhupada's own words and on numerous interviews with those who knew him both in India and the West, Prabhupada emerges as a vital and earnest ambassador of spiritual India whose teachings continue to influence spiritual culture today.