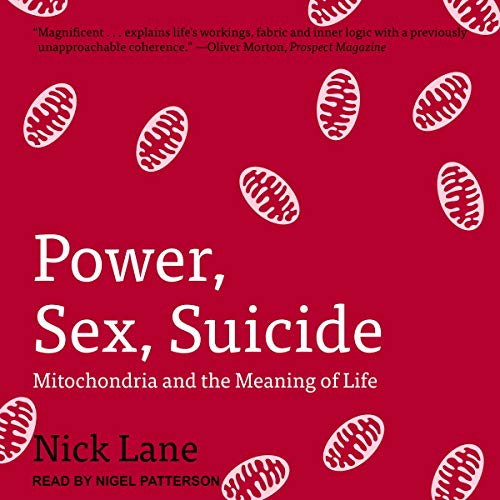 Mitochondria are tiny structures located inside our cells that carry out the essential task of producing energy for the cell. They are found in all complex living things, and in that sense, they are fundamental for driving complex life on the planet. But there is much more to them than that.

Mitochondria have their own DNA, with their own small collection of genes, separate from those in the cell nucleus. It is thought that they were once bacteria living independent lives. Their enslavement within the larger cell was a turning point in the evolution of life, enabling the development of complex organisms and, closely related, the origin of two sexes. Unlike the DNA in the nucleus, mitochondrial DNA is passed down exclusively (or almost exclusively) via the female line. That's why it has been used by some researchers to trace human ancestry daughter-to-mother, to "Mitochondrial Eve".

Mitochondria give us important information about our evolutionary history. And that's not all. Mitochondrial genes mutate much faster than those in the nucleus because of the free radicals produced in their energy-generating role. This high mutation rate lies behind our ageing and certain congenital diseases. The latest research suggests that mitochondria play a key role in degenerative diseases such as cancer, through their involvement in precipitating cell suicide. Mitochondria, then, are pivotal in power, sex, and suicide.

In this fascinating and thought-provoking book, Nick Lane brings together the latest research findings in this exciting field to reveal how our growing understanding of mitochondria is shedding light on how complex life evolved, why sex arose (why don't we just bud?), and why we age and die. This understanding is of fundamental importance, both in understanding how we and all other complex life came to be, but also in order to be able to control our own illnesses, and delay our degeneration and death.

"Full of startling insights into the nature and evolution of life as we know it." (The Economist)