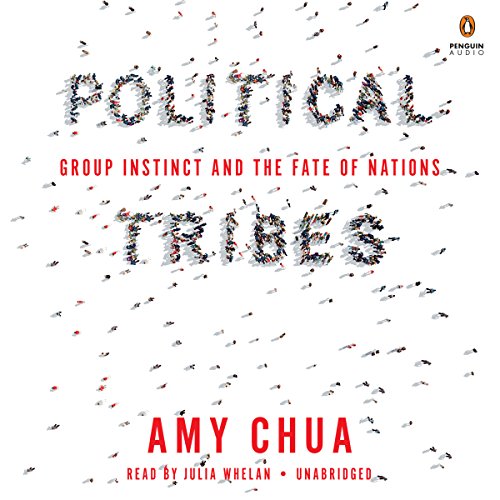 Humans are tribal. We need to belong to groups. In many parts of the world, the group identities that matter most - the ones that people will kill and die for - are ethnic, religious, sectarian, or clan-based. But because America tends to see the world in terms of nation-states engaged in great ideological battles - capitalism vs. communism, democracy vs. authoritarianism, the "free world" vs. the "axis of evil" - we are often spectacularly blind to the power of tribal politics. Time and again this blindness has undermined American foreign policy.

In the Vietnam War, viewing the conflict through Cold War blinders, we never saw that most of Vietnam's "capitalists" were members of the hated Chinese minority. Every pro-free-market move we made helped turn the Vietnamese people against us. In Iraq we were stunningly dismissive of the hatred between that country's Sunnis and Shias. If we want to get our foreign policy right - so as to not be perpetually caught off guard and fighting unwinnable wars - the United States has to come to grips with political tribalism abroad.

Just as Washington's foreign policy establishment has been blind to the power of tribal politics outside the country, so, too, have American political elites been oblivious to the group identities that matter most to ordinary Americans - and that are tearing the United States apart. As the stunning rise of Donald Trump laid bare, identity politics have seized both the American left and right in an especially dangerous, racially inflected way. In America today every group feels threatened: whites and blacks, Latinos and Asians, men and women, liberals and conservatives, and so on. There is a pervasive sense of collective persecution and discrimination. On the left, this has given rise to increasingly radical and exclusionary rhetoric of privilege and cultural appropriation. On the right, it has fueled a disturbing rise in xenophobia and white nationalism.

In characteristically persuasive style, Amy Chua argues that America must rediscover a national identity that transcends our political tribes. Enough false slogans of unity, which are just another form of divisiveness. It is time for a more difficult unity that acknowledges the reality of group differences and fights the deep inequities that divide us.

“An important book ...[I] strongly agree with Chua’s argument that America’s liberal elite has contributed to Trump’s rise by failing to acknowledge its own sense of tribalism." (Financial Times)

“True to form, Amy Chua presents a provocative prescription to cure our political ills. She challenges us to cross the chasm between groups - not by denying differences, but by celebrating them.” (Adam Grant, New York Times best-selling author of Give and Take, Originals, and Option B with Sheryl Sandberg)

“Presented with keen clarity and brimming with definitive insights, Chua’s analysis of identity politics is essential reading for understanding policy challenges both at home and abroad.” (Booklist)