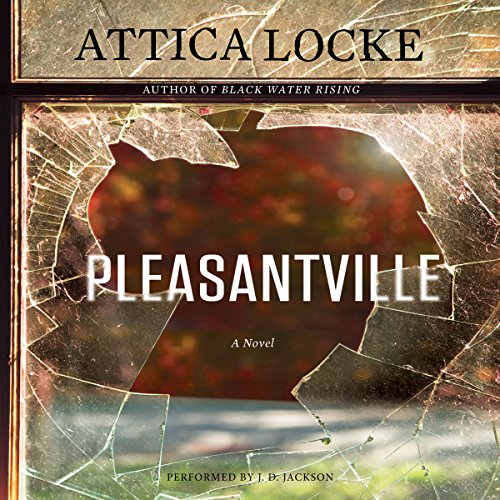 In this sophisticated thriller, lawyer Jay Porter, hero of Attica Locke's best seller Black Water Rising, returns to fight one last case only to become embroiled once again in a dangerous game of shadowy politics and a witness to how far those in power are willing to go to win.

Fifteen years after the events of Black Water Rising, Jay Porter is struggling to cope with catastrophic changes in his personal life and the disintegration of his environmental law practice. His victory against Cole Oil is still the crown jewel of his career, even if he hasn't yet seen a dime thanks to appeals. But time has taken its toll. Tired and restless, he's ready to quit.

When a girl goes missing on election night, 1996, in the neighborhood of Pleasantville - a hamlet for upwardly mobile blacks on the north side of Houston - Jay, a single father, is deeply disturbed. He's been representing Pleasantville in the wake of a chemical fire, and the case is dragging on, raising doubts about his ability.

The missing girl was a volunteer for one of the local mayoral candidates, and her disappearance complicates an already heated campaign. When the nephew of one of the candidates, a Pleasantville local, is arrested, Jay reluctantly finds himself serving as a defense attorney. With a man's life and his own reputation on the line, Jay is about to try his first murder in a case that will also put an electoral process on trial, exposing the dark side of power and those determined to keep it.