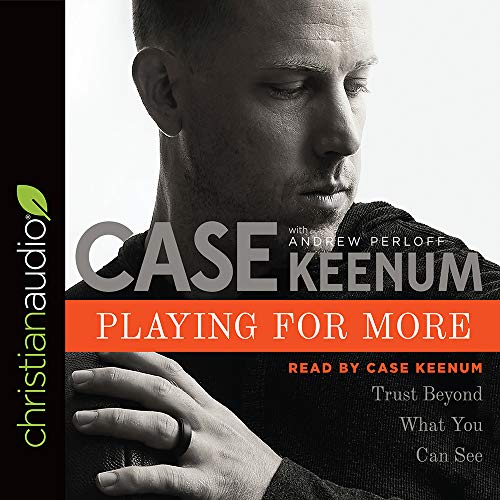 Case Keenum has traveled one of the most unique paths in the NFL. Recruited by just one college, undrafted, and released three times, Case has overcome every obstacle to become a successful starting quarterback. In 2017, Keenum captured America’s imagination by leading the Minnesota Vikings to a 13-3 record and an NFC North title. His game-winning touchdown pass in the final seconds of their divisional playoff game against the Saints, the "Minneapolis Miracle," made Case part of NFL history.

Keenum shares stories from every stage of his life, starting out as a ball boy for his father’s college team in West Texas, going on to win a state title in high school, and rewriting the NCAA record book at the University of Houston. A devastating knee injury almost derailed his football career, but helped him get closer to the woman who would soon become his wife.

Throughout his story, Case will explain how being a Christian helped him navigate the winding path to success. No matter what obstacle has been placed in front of him, Case believes God has a plan for him. That’s why he plays football and that’s why he’s writing this book: To glorify God and to help others who face adversity in their everyday life.