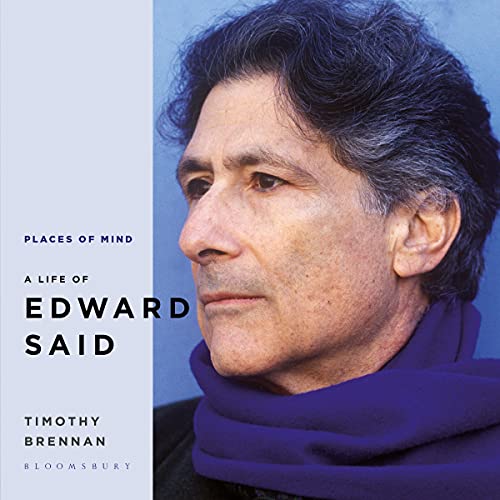 Drawing on extensive archival sources and hundreds of interviews, Timothy Brennan’s Places of Mind is the first comprehensive biography of Said, one of the most controversial and celebrated intellectuals of the 20th century. In Brennan’s masterful work, Said, the pioneer of post-colonial studies, a tireless champion for his native Palestine and an erudite literary critic, emerges as a self-doubting, tender and eloquent advocate of literature’s dramatic effects on politics and civic life.

Places of the Mind charts the intertwined routes of Said’s intellectual development, revealing him as a study in opposites: a cajoler and strategist, a New York intellectual with a foot in Beirut, an orchestra impresario in Weimar and Ramallah, a raconteur on national television, a Palestinian negotiator at the State Department and an actor in films in which he played himself. Brennan traces the Arab influences of Said’s thinking along with his tutelage under Lebanese statesmen, off-beat modernist auteurs, and New York literati, as Said grew into a scholar whose influential writings changed the face of university life forever. With both intimidating brilliance and charm, Said turned these resources into a groundbreaking counter-tradition of radical humanism, set against the backdrop of techno-scientific dominance and religious war. With unparalleled clarity, Said gave the humanities a new authority in the age of Reaganism that continues today.

Drawing on the testimonies of family, friends, students and antagonists alike, and aided by FBI files, unpublished writing and Said’s drafts of novels and personal letters, Places of the Mind captures Said’s intellectual breadth and influence in an unprecedented, intimate and compelling portrait of one of the great minds of the 20th century.