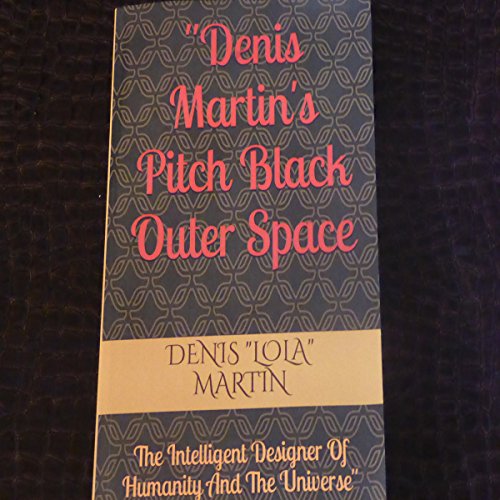 My work, Pitch Black Outer Space: The Intelligent Designer of Humanity and the Universe, presents nonfiction, non-religious messages from an extraterrestrial presence not of the Earth that have been transcribed by myself into written format.

The messages came through thought transmissions that began flooding into my brain in 2001. I came to understand that an extraterrestrial intelligent presence was communicating with me. These messages were recorded in my first book: Godsetti Revelation - a message to humanity from the extraterrestrial that foretold events that would happen on the Earth.

Pitch Black Outer Space is the continuation of these communications that provide startling mathematical evidence (which could not have been conceived and manifested by any human) of the existence of an extraterrestrial intelligence in the universe as it was foretold in my first book.