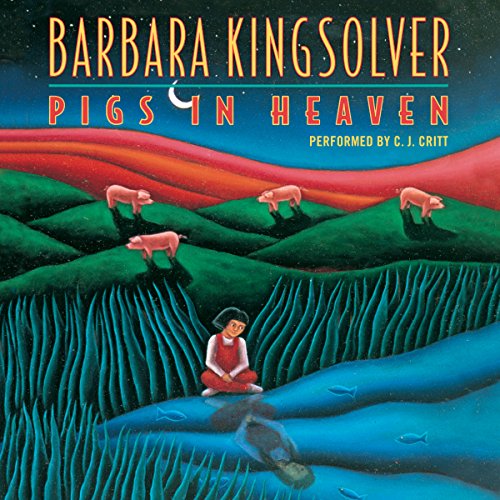 Picking up where her modern classic The Bean Trees left off, Barbara Kingsolver's best-selling Pigs in Heaven continues the tale of Turtle and Taylor Greer, a Native American girl and her adoptive mother who have settled in Tucson, Arizona, as they both try to overcome their difficult pasts.

Taking place three years after The Bean Trees, Taylor is now dating a musician named Jax and has officially adopted Turtle. But when a lawyer for the Cherokee Nation begins to investigate the adoption, their new life together begins to crumble.

Depicting the clash between fierce family love and tribal law, poverty and means, abandonment and belonging, Pigs in Heaven is a morally wrenching, gently humorous work of fiction that speaks equally to the head and to the heart.