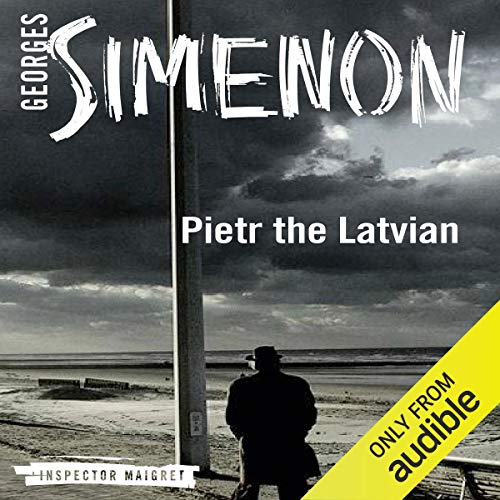 The first audiobook which appeared in Georges Simenon's famous Maigret series, in a gripping new translation by David Bellos.

Inevitably Maigret was a hostile presence in the Majestic. He constituted a kind of foreign body that the hotel's atmosphere could not assimilate. Not that he looked like a cartoon policeman. He didn't have a moustache and he didn't wear heavy boots. His clothes were well cut and made of fairly light worsted. He shaved every day and looked after his hands. But his frame was proletarian. He was a big, bony man. His firm muscles filled out his jacket and quickly pulled all his trousers out of shape. He had a way of imposing himself just by standing there. His assertive presence had often irked many of his own colleagues.

In Simenon's first novel featuring Maigret, the laconic detective is taken from grimy bars to luxury hotels as he traces the true identity of Pietr the Latvian. Georges Simenon was born in Liège, Belgium, in 1903. Best known in Britain as the author of the Maigret books, his prolific output of over 400 novels and short stories have made him a household name in continental Europe. He died in 1989 in Lausanne, Switzerland, where he had lived for the latter part of his life.

David Bellos is Director of the Program in Translation and Intercultural Communication at Princeton University and has won many awards for his translations including the Man Booker International Translator's Award (2005).

"Compelling, remorseless, brilliant" (John Gray)
"One of the greatest writers of the twentieth century.... Simenon was unequalled at making us look inside, though the ability was masked by his brilliance at absorbing us obsessively in his stories" ( Guardian)
"A supreme writer... unforgettable vividness" ( Independent)