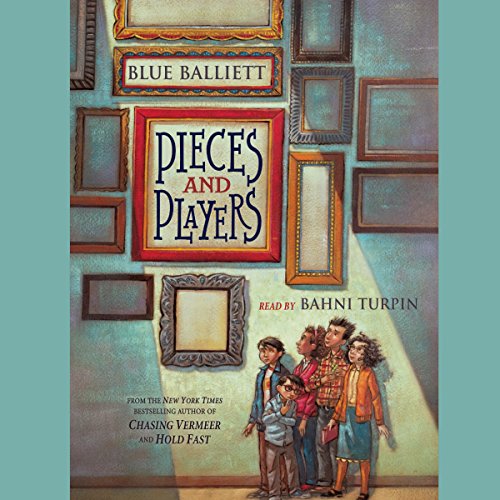 From the New York Times best-selling author of Chasing Vermeer and Hold Fast the Pieces.

Thirteen extremely valuable pieces of art have been stolen from one of the most secretive museums in the world. A Vermeer has vanished. A Manet is missing. And nobody has any idea where they and the other eleven artworks might be...or who might have stolen them. The Players - Calder, Petra, and Tommy - are no strangers to heists and puzzles. Now they've been matched with two new sleuths - Zoomy, a very small boy with very thick glasses, and Early, a girl who treasures words...and has a word or two to say about the missing treasure.

The kids have been drawn in by the very mysterious Mrs. Sharpe, who may be playing her own kind of game with the clues. And it's not just Mrs. Sharpe who's acting suspiciously - there's a ghost who mingles with the guards in the museum, a cat who acts like a spy, and bystanders in black jackets who keep popping up. With pieces and players, you have all the ingredients for a fantastic mystery from the amazing Blue Balliett.