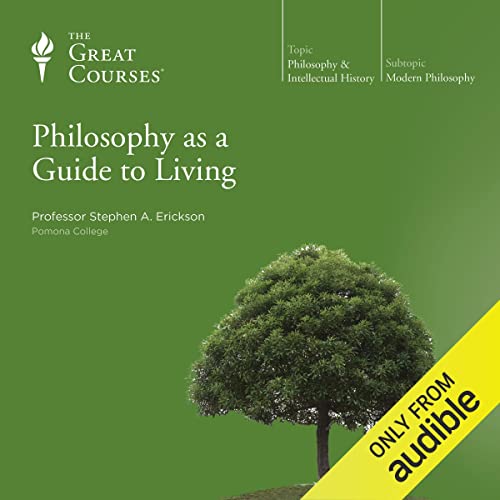 Philosophy as a Guide to Living

We've all asked ourselves whether there is any meaning in human life. But for philosophers, this is just the first question of many: Is such a question even answerable by philosophy? And if so, can the practice of philosophy itself pursue a positive answer? Can philosophy prove life has any meaning?

These 24 accessible lectures offer a thoughtful and stimulating discussion of how some of the greatest minds in the past three centuries have pondered why we are here and what journey we might be on. It's also a chance for you to take your own journey, as Professor Erickson guides you along the intellectual road traveled by a host of powerful thinkers.

You'll consider the post-Enlightenment ideas of Kant, Hegel, Schopenhauer, and other European philosophers. Then you'll trace the line of thought through such intellectuals as Marx, Kierkegaard, Nietzsche, Freud, Heidegger, Sartre, Camus, Foucault, and Habermas.

Most importantly, however, Professor Erickson has designed a course that requires no prior background in philosophy and avoids the often-intimidating language in which serious philosophy can be expressed. And he has done so without diminishing the extraordinary intellectual depth that each of the philosophers included here bring to the debate.

The avenues opened by these thinkers do not, of course, explain the meaning of life - or even if such a meaning exists. But they do take us further along a fascinating and worthwhile journey that will almost certainly never end.