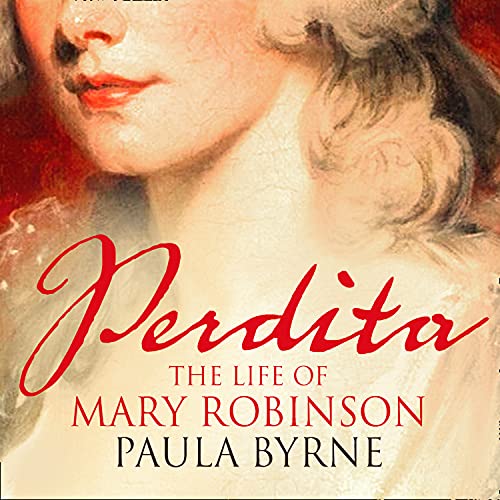 Sex, fame and scandal in the theatrical, literary and social circles of late-18th-century England.

One of the most flamboyant women of the late 18th century, Mary Robinson's life was marked by reversals of fortune. After being raised by a middle-class father, Mary was married, at age 14, to Thomas Robinson. His dissipated lifestyle landed the couple and their baby in debtors' prison, where Mary wrote her first book of poetry and met lifelong friend Georgiana, the Duchess of Devonshire.

On her release, Mary quickly became one of the most popular actresses of the day, famously playing Perdita in The Winter’s Tale for a rapt audience that included the Prince of Wales, who fell madly in love with her. She later used his copious love letters for blackmail.

This authoritative and engaging book presents a fascinating portrait of a woman who was variously darling of the London stage, a poet whose work was admired by Coleridge and a mistress to the most powerful men in England, and yet whose fortunes were nevertheless precarious, always on the brink of being squandered through recklessness, excess and passion.

"‘Enthralling and perceptive.... A fine biographer has conjured up a dazzling personality and brought her, laughing, back to life." (Sunday Times)

"Mary Robinson, scandalous darling of the 18th-century stage and letters, is given a welcome rebirth. A full-scale literary biography...a fitting tribute to her." (Observer)

"Robinson’s is a life that bears the retelling. She cuts a figure in the history of celebrity culture and in literary history. Paula Byrne’s full-scale biography is scholarly, lively and important." (Daily Telegraph)