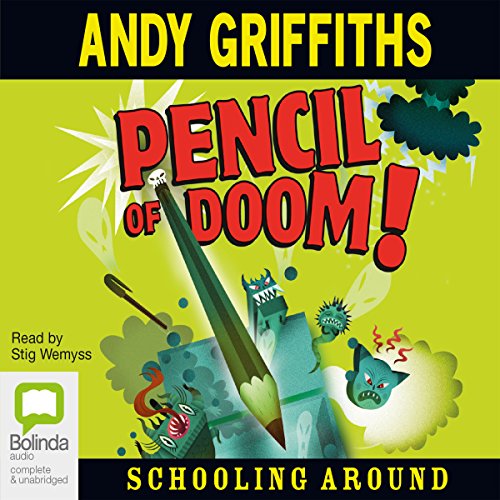 Following on the success of Treasure Fever!, this is the second book in Andy's wacky new four book series of stand-alone novels all set in an ordinary school where crazy things can happen, and often do!

A hilarious new series from Australia's number-one best-selling children's author Andy Griffiths, Schooling Around is a series of novels for the kids that love the Just! books. Madcap and full of adventure, the stories are "safe" to read aloud in the classroom and to recommend to anyone from 5 to 105!

Mr Brainfright says: "It's important to keep a sense of humour at all times, especially when you're being ripped apart by a lion."

"Mr Brainfright is a teacher at Northwest Southeast Central School. He teaches Grade Five and in his class is a student called Henry McThrottle who likes telling stories. That's me. I'm Henry McThrottle and this is my latest story. It's about an evil pencil, a runaway lion, an avalanche and falling out of windows. I hope you like it."