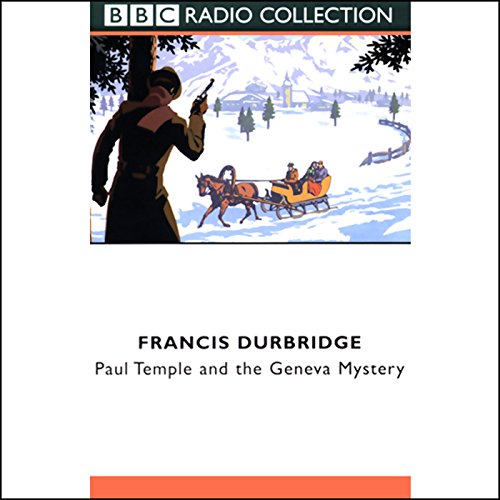 From 1938 to 1969 crime novelist and detective Paul Temple and his Fleet Street journalist wife Steve solved case after case in one of BBC radio's most popular serials. They inhabit a sophisticated, well-dressed world of chilled cocktails and fast cars, where the women are chic and the men still wear cravats. And where Sir Graham Forbes of Scotland Yard always needs Paul's help with a tricky case.

Just as he and Steve are looking forward to a well-earned break, Paul is contacted by the wealthy financier Maurice Lonsdale, whose brother-in-law was apparently killed by accident in Geneva. His widowed sister Margaret is increasingly convinced that her husband is still alive, and she wants Paul Temple to investigate! Suddenly attempts are being made on Paul and Steve's lives, and they become embroiled in a plot of deception stretching from London to Switzerland. Anonymous gunmen, exploding cars, ransom demands, and mysterious rendezvous leave them with some puzzling questions. Is Carl Milbourne dead or alive? And what is the significance of the phrase 'too young to die'?