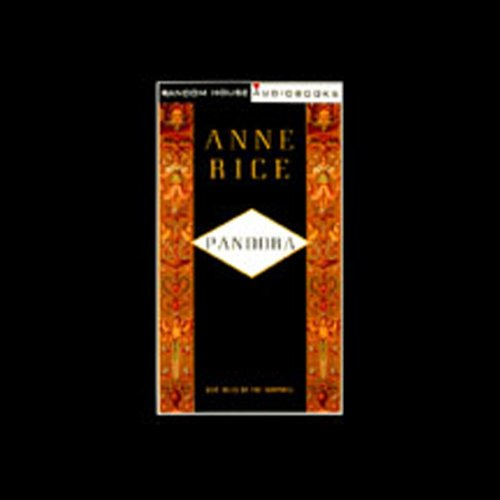 Pandora is the first in a series of novels linked together by the fledgling vampire David Talbot, who has set out to become a chronicler of his fellow Undead.

The novel opens in present day Paris in a crowded café, where David meets Pandora. She is 2,000 years old, a child of the millennia, the first vampire ever made by the great Marius. David persuades her to tell the story of her life through the ages.

Pandora carries you back to her mortal girlhood in the world of Caesar Augustus, where she meets and falls in love with the handsome, charismatic, lighthearted, still-mortal Marius. She is forced to flee in fear of assassination by conspirators plotting to take over the city. You then follow her to the exotic port of Antioch, where she is destined to be reunited with Marius, now immortal and haunted by his vampire nature, who will bestow on her the Dark Gift as they set out on the fraught and fantastic adventure of their two turbulent centuries together.

Pandora is Volume 1 of The New Tales of the Vampires. For a full selection of Anne Rice programs available at audible.com and to hear the author answering fan mail, visit the Anne Rice store.

there are two audio books of this name, as I learned too late, unfortunately. this one is 3 hours long, the other 9 hours. I'm irritated that on amazon it actually showed the longer version but here you can't even find it.
other than that it's very nicely read.