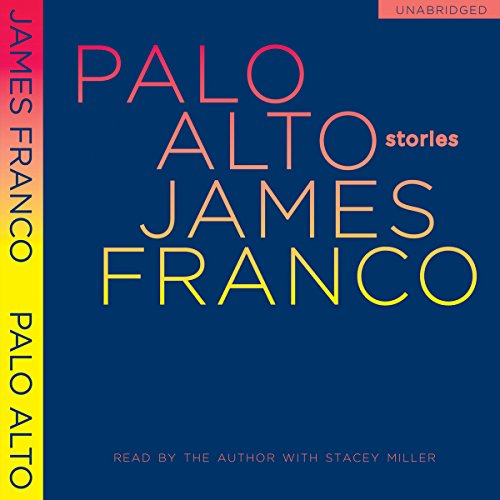 A fiercely vivid collection of stories about troubled California teenagers and misfits - violent and harrowing, from the astonishingly talented actor and artist James Franco.

Palo Alto is the debut of a surprising and powerful new literary voice. Written with an immediate sense of place - claustrophobic and ominous - James Franco's collection traces the lives of an extended group of teenagers as they experiment with vices of all kinds, struggle with their families and one another, and succumb to self-destructive, often heartless nihilism.

In "Lockheed" a young woman's summer - spent working a dull internship - is suddenly upended by a spectacular incident of violence at a house party. In "American History" a high-school freshman attempts to impress a girl during a classroom skit with a realistic portrayal of a slave owner, only to have his feigned bigotry avenged. In "I Could Kill Someone" a lonely teenager buys a gun with the aim of killing his high-school tormentor, but begins to wonder about his bully's own inner life.

These linked stories, stark, vivid, and disturbing, are a compelling portrait of lives on the rough fringes of youth.

"It's the harsh humor that surprises in these stories - that and the observations that show James Franco to be an original and simpatico voice finely tuned to the territory. These quotable, unsettling stories stay with you; they seem to change the ions in a room." (Amy Hempel)
"Franco's talent is unmistakable, his ambition profound. He has taken the twin subjects of suburban Palo Alto and American adolescence and made them as scary and true as they must be. This is a book to be inhaled more than once, with delight and admiration, with unease and pure enjoyment. As a writer, he's here to stay." (Gary Shteyngart, author of Absurdistan and Super Sad True Love Story)