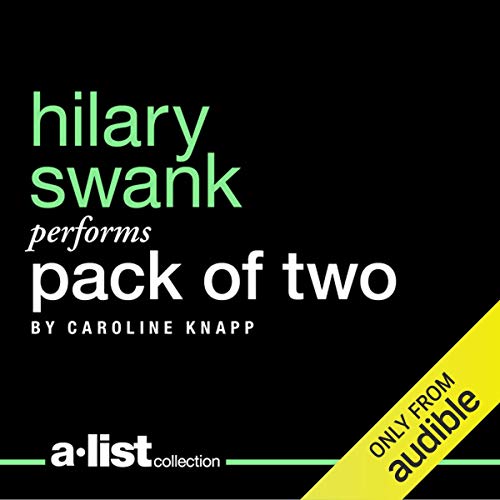 In Pack of Two, the author of the acclaimed best seller Drinking: A Love Story tackles a different sort of relationship. Two-time Academy Award-winning actress Hilary Swank (Boys Don’t Cry, Million Dollar Baby) guides us into the life of Caroline Knapp who, after losing both parents to cancer and breaking off a two-decade long relationship with alcohol in the span of one year, struggles - and succeeds - to redefine her world.

The unlikely solution to Knapp’s task was found in the form of a dog named Lucille. After 18 months of sobriety, she brought home an eight-week old puppy from a local animal shelter, a puppy that became a central force in her life. Knapp brings her fresh insight into emotional and psychological issues to the complicated terrain of human-animal relationships. Along with mining her own experience with Lucille, Knapp speaks to a variety of dog people - from owners to professionals - about this profoundly healing alliance.