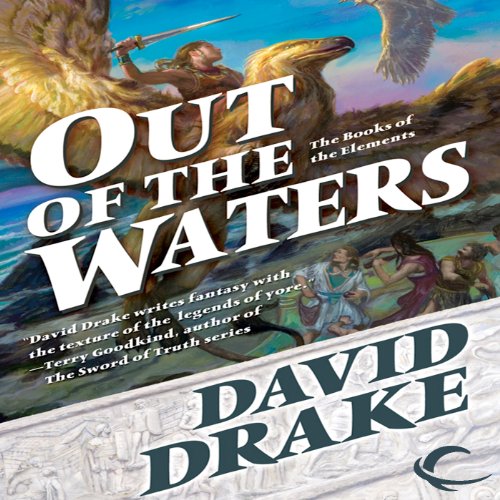 Out of the Waters

Out of the Waters

The second novel of The Books of the Elements. The wealthy Governor Saxa, of the great city of Carce, has generously and lavishly subsidized a theatrical/religious event. During this elaborate staging of Hercules founding a city on the shores of Lusitania, strange and dark magic turns the panoply into a chilling event. The sky darkens and the waves crash in the flooded arena. A great creature rises from the sea: a huge, tentacled horror on snake legs. It devastates the city, much to the delight of the crowd. A few in the audience, although not Saxa, understand that this was not mere stagecraft, but something much darker and more dangerous. If all signs are being read right, this illusion could signify a dreadful intrusion of supernatural powers into the real world. Saxa’s son, Varus, has been the conduit for such an event once before. This new novel in David Drake’s chronicles of Carce, The Books of the Elements, is as powerful and elaborate as that fantastic theatrical event, a major fantasy for this year.