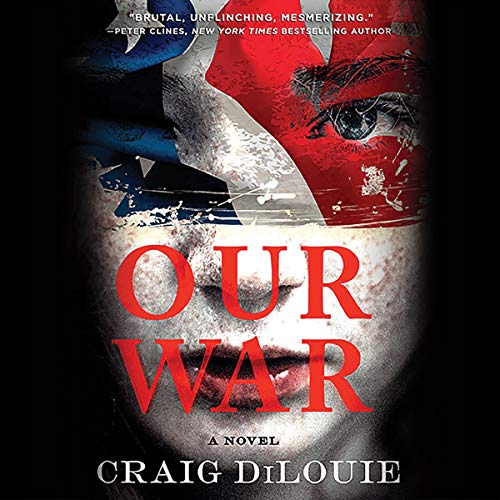 A prescient and gripping novel of a second American civil war, and the children caught in the conflict, forced to fight.

Our children are our soldiers.

After his impeachment, the president of the United States refuses to leave office, and the country erupts into a fractured and violent war. Orphaned by the fighting and looking for a home, 10-year-old Hannah Miller joins a citizen militia in a besieged Indianapolis.

In the Free Women militia, Hannah finds a makeshift family. They'll teach her how to survive. They'll give her hope. And they'll show her how to use a gun.

Hannah's older brother, Alex, is a soldier, too. But he's loyal to other side, and has found his place in a militant group of fighters who see themselves as the last bastion of their America. By following their orders, Alex will soon make the ultimate decision behind the trigger.

On the battlefields of America, Hannah and Alex will risk everything for their country, but in the end, they'll fight for the only cause that truly matters - each other.

"Rich with well-defined characters, sharp writing, and a riveting premise, this is a novel not to be missed." (Jason V. Brock, author of The Dark Sea Within on One of Us)

"A powerful and heartbreaking tale about hate, fear, and truth. Author Craig DiLouie is fearless as he explores the dark territory of the human heart." (Jonathan Maberry, New York Times best-selling author on One of Us)

"One of Us is a masterfully written, thought-provoking dark fairy tale, and one of the best books I've read in a long time. It will stay with the reader long after they've finished the last page." (Dana Fredsti, author of the Ashley Parker series on One of Us)