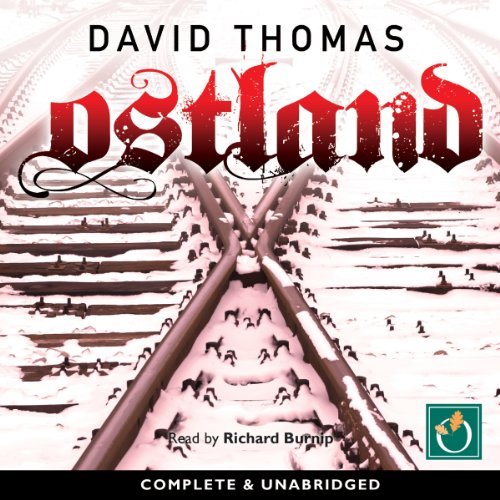 February 1941, wartime Berlin. Brilliant, idealistic young detective Georg Heuser joins the Murder Squad in the midst of the biggest manhunt the city has ever seen. A serial killer is slaughtering women on S-Bahn trains and leaving their battered bodies by the tracks. Heuser must confront evil eye-to-eye as he helps track down the murderer.

July 1959, peacetime West Germany: a pioneering young lawyer, Paula Siebert, is in a federal unit investigating men who have committed crimes of unimaginable magnitude and horror. Their leader has just been arrested. His name is Georg Heuser. Siebert is sure of his guilt. But how could a once decent man have become a sadistic monster?

"An intriguing mix of detection, thriller, courtroom drama, fact and fiction." (The Times)
"With subtlety and intelligence, Thomas joins the historical dots to produce a novel with plenty to say - eloquently - about the brutalising effects of the Holocaust." (Guardian)
"Very rarely do books reach into your psyche and take root. Ostland came along and kicked my door down. A wonderfully thought-provoking novel. Educational, entertaining and emotive throughout ... a first class read by an author at the top of their game." (Crimesquad)
"This nightmare-inducing new novel stretches crime fiction to its limits ... a compelling read." (Mail on Sunday)