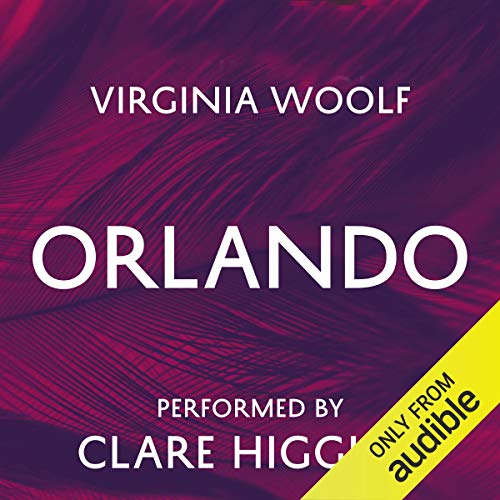 Fantasy, love and an exuberant celebration of English life and literature, Orlando is a uniquely entertaining story. Originally conceived by Virginia Woolf as a playful tribute to the family of her friend and lover, Vita Sackville-West, Orlando's central character, a fictional embodiment of Sackville-West, changes sex from a man to a woman and lives throughout the centuries, whilst meeting historical figures of English literature.

The book opens with Orlando as a young nobleman in Elizabethan England who finds love with a Russian princess. During Charles II's reign, he is an ambassador to Constantinople and becomes a Duke. Orlando then goes on to wake as a beautiful woman, exploring the roles of women in the 18th and 19th centuries. Eventually becoming a wife and mother the tale ends in the year 1928, a year consonant with full suffrage for women. Upon plans to publish her 1588 poem 'The Oak Tree', written in the opening of the book, she reflects on her centuries of adventure.

An exploration of androgyny and the creative life of a woman, it is considered a feminist work. Arguably one of Woolf's most popular stories, it marked a turning point in her career, departing from her more introspective works. Receiving both critical and financial success, it guaranteed Woolf's financial stability.

There have been many adaptations made, including a 1992 film starring Tilda Swinton and an opera by composer Peter Aderhold which premiered at the Braunschweig State Theatre in in 2016.

Clare Higgins is an accomplished actress of screen and stage, winning three Olivier Awards for Best Actress for her roles in Sweet Bird of Youth (1995), Vincent in Brixton (2003) and Hecuba (2005). With a long and successful career in British and American theatre, she has also been a regular feature on our television screens. Her recent roles have included Miss Cackle in The Worst Witch (2017), Ohila in Doctor Who (2013 and 2015), Hazel Warren in EastEnders (2015) and Vivian in Rogue (2014).

Claire Higgins is probably best known for her memorable and sinister performance as Julia in the horror films Hellraiser (1987) and Hellbound: Hellraiser II (1988), with other film appearances including The Golden Compass (2007) and Small Faces (2006). With a voice and timing perfect for audio she has narrated many audiobooks, including Nick Hornby's How to Be Good and Joanna Trollope's The Best of Friends, and in 2009 portrayed Margaret Thatcher in the BBC Radio 4 drama A Family Affair.