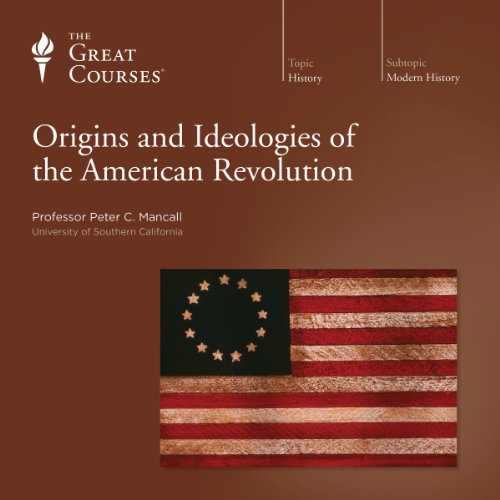 Origins and Ideologies of the American Revolution

The years between 1760 and 1800 rocked the Western world. These were the years when colonists on the eastern fringes of a continent converted the ideals of Enlightenment thought first into action, then into an actual form of government.

Now you can learn why this happened and how the colonists did it - in a series of 48 insightful lectures from an award-winning teacher and author.

Professor Mancall brings to life not only the famous but also the little-remembered colonists who were caught up in the debates over rights and power, liberties and empire. It is a story of immense importance and rich discoveries. And because he presents original source materials, including examples of how events were reported and interpreted, you'll more readily grasp the evolution of ideas, the competing pressures, and the misunderstandings - not only in the time leading up to the Revolution, and during the years it was being fought, but afterwards, as well.

That's when the victorious colonists came to learn that in achieving freedom from Great Britain, they had simply traded one set of problems for another. They still had to cope with the extraordinarily difficult task of crafting a workable government - one that could support their ideals of how citizens and government should relate to each other - and achieving respect and success among other nations.

48 lessons just on the American Revolution! Prof. Mancall really goes into the details and quotes extensively from contemporary sources. So regarding just the content this is a brillant book. The only thing is as soon as he starts quoting I feel like being a juror in a speed reading competition. And with documents 250 years old this is quite exhausting.