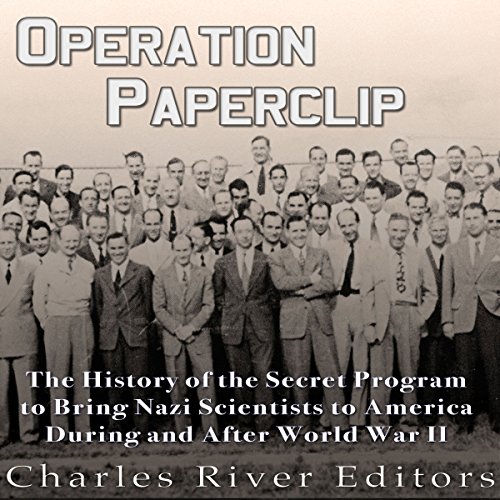 After the last shots of World War II were fired and the process of rebuilding Germany and Europe began, the Western Allies and the Soviet Union each tried to obtain the services of the Third Reich's leading scientists, especially those involved in rocketry, missile technology, and aerospace research. Naturally, this was a delicate affair due to the fact many of the German scientists were not only active Nazis but had helped the Nazi war machine terrorize the world. At the same time, by the late war period, the Anglo-American Allies formed a clear picture of the Soviet state. Though forced to ally with the USSR's dictator, Josef Stalin, the West came to understand Communist Russia represented yet another hungry totalitarian power, and thus a very real threat to an independent Europe. British Prime Minister Winston Churchill realized the menacing character of the Soviets from the Katyn Forest Massacre of Polish army officers, if not before, while the Americans only gradually shed a naïve assumption of continued Russian friendliness after the war.

For their part, the Soviets retained ruthless imperial ambitions which manifested in various ways. They allied with Hitler for a time in 1939 to 1941, planning to divide Eastern Europe between their two expansionist states. They devastated the Ukrainian population with the Holomodor, an engineered, genocidal famine which claimed perhaps 3 million victims. The Soviet refusal to evacuate Eastern Europe following the war, instead retaining many formerly democratic countries as vassal states, spoke volumes about their intentions.