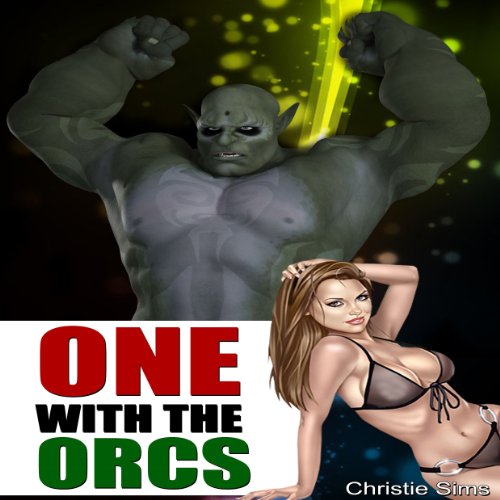 One with the Orcs

Warning: This is a tale of monster sex. This story was written to unlock your darkest fantasies and innermost desires. It is not for the faint of heart and is not your mother's erotica. All of the sexual descriptions found in this book are very explicit in nature. It's not suitable for someone under 18 years of age. Listen at your own risk.

After an ill-fated invasion of an underground orcish fort, Sergeant Follier, the only woman in her military unit, finds herself her unit's only survivor. Dressed in scanty clothing, she is brought as a prisoner before Vornash-Um-Grool, the leader of the orc tribe that she and her former comrades were commanded to invade.

Follier wonders why this orc chieftain would allow her to live while her comrades were killed. What would this big, powerful orc want with her, and would she be willing to give it to him if it meant sparing her life?

Das sagen andere Hörer zu One with the Orcs