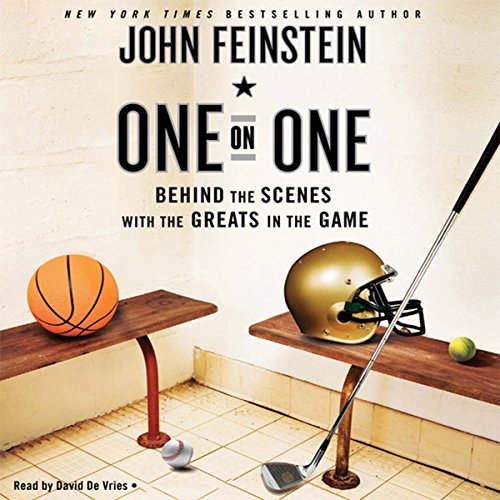 After numerous beloved and best-selling sports books, John Feinstein returns to the subjects of his first 10 books, crafting a narrative of the most revealing encounters he's had.

Feinstein has interviewed some of the most enduring figures in sports - from hallowed coaches, such as Bob Knight, Jim Valvano, Mike Krzyzewski, and Dean Smith, to beloved athletes, including Jack Nicklaus, Tiger Woods, Arnold Palmer, and John McEnroe. And here we have John Feinstein at his very best. He goes behind the scenes of his reporting from The Final Four, Wimbledon, The US Open, the Army/Navy game, the Olympics, and more, opening up sport's most private, closed-door places and sharing exclusive stories from the reporting of books like Season on the Brink, A Good Walk Spoiled, A Season Inside, and A Civil War.

These are the coaches and athletes who know their games the best, and the legends and legendary moments that gave inherent shape to our favorite pastimes.

Das sagen andere Hörer zu One on One