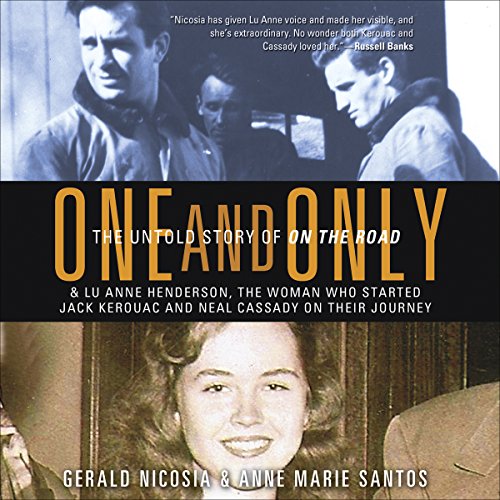 Lu Anne Henderson was a beautiful 15-year-old girl in Denver in 1945 when she met Neal Cassady, a fast-talking hurricane of male sexuality and vast promises. The two married, and soon they were hanging out with a group of young would-be writers, including Jack Kerouac and Allen Ginsberg. But Neal and Jack initially didn’t like each other very much. Lu Anne ended up loving them both, and she taught them how to love each other - in effect, making the Beat Generation possible, as well as giving Kerouac material for one of the seminal novels of the 20th century, On the Road. One and Only traces the immense struggles of Lu Anne’s own life, which ranged from the split-up of her family during the Great Depression, to the ravages of abusive men and the grief of losing the two most important men in her life; and shows how her life intertwined with Jack’s and Neal’s to the very end.

“A real find for Beat aficionados, adding verve to a cherished moment in American history and the novel that came to define it.” ( Kirkus Reviews)

Das sagen andere Hörer zu One and Only