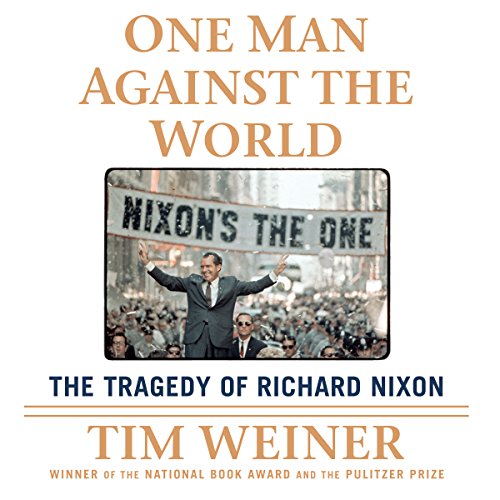 One Man Against the World

A shocking and riveting look at one of the most dramatic and disastrous presidencies in US history, from Pulitzer Prize and National Book Award winner Tim Weiner

Based largely on documents declassified in only the last few years, One Man Against the World paints a devastating portrait of a tortured yet brilliant man who led the country largely according to a deep-seated insecurity and distrust of not only his cabinet and Congress but the American population at large. In riveting, tick-tock prose, Weiner illuminates how the Vietnam War and the Watergate controversy that brought about Nixon's demise were inextricably linked. From the hail of garbage and curses that awaited Nixon upon his arrival at the White House, when he became the president of a nation as deeply divided as it had been since the end of the Civil War, to the unprecedented action Nixon took against American citizens, whom he considered as traitorous as the army of North Vietnam, to the infamous break-in and the tapes that bear remarkable record of the most intimate and damning conversations between the president and his confidantes, Weiner narrates the history of Nixon's anguished presidency in fascinating and fresh detail. A crucial new look at the greatest political suicide in history, One Man Against the World leaves us with new insight not only into this tumultuous period but also into the motivations and demons of an American president who saw enemies everywhere and, thinking the world was against him, undermined the foundations of the country he had hoped to lead.

Das sagen andere Hörer zu One Man Against the World