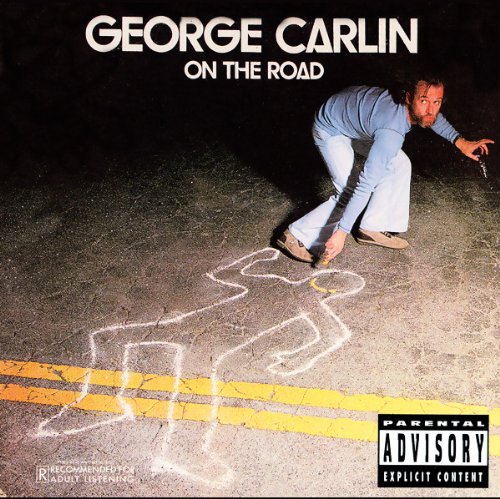 George Carlin asserted his comedy inevitably fell under one of three self-described categories: most notorious were the "peculiarities of English" - including his infamous "seven words" - and his "big world" routines, through which he roiled at politics and culture. Then there was the dry, observational humor of the "little world" - that of On the Road, which finds Carlin incisive and caustic, yet nevertheless laidback, even lecherous. Here, Curious George delivers longwinded, scathing screeds on whatever humdrum banalities strike his fancy: parenthood, dog ownership, and an exhaustive exposition on death - 15 minutes of ways to die, kill, mourn, and so on. Indeed, Carlin’s routine might be considered neurotic, if not for his incredibly casual disposition, a truly veritable vehicle for his masterfully subtle satire and penetrating parody.

Tracks:
1. On the Road
2. Death and Dying
3. Headlines
4. Kids Are Too Small
5. Rules, Rules, Rules!
6. Parents' Cliches and Childrens' Secret Answers
7. Words We Leave Behind
8. How's Your Dog?
9. Supermarkets