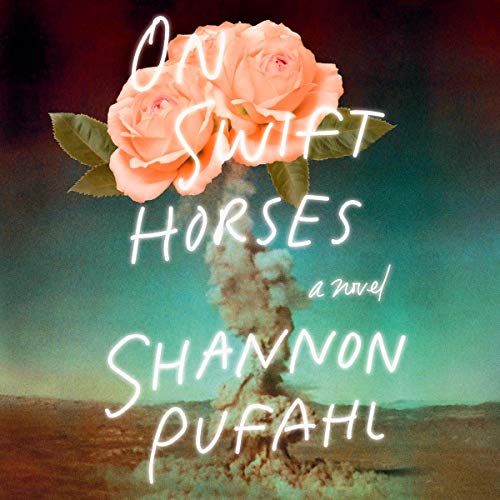 13 Books to Watch For in November, The New York Times
Best Books of 2019 So Far, Real Simple
The 20 Best Debuts of the Second Half of 2019, Electric Lit
30 Most Anticipated Fiction Books for Fall 2019, Kirkus Reviews

"Cinematic.... The spaces she creates for her characters...have the aura of realms." (The New York Times Book Review)

A lonely newlywed and her wayward brother-in-law follow divergent and dangerous paths through the postwar American West.

Muriel is newly married and restless, transplanted from her rural Kansas hometown to life in a dusty bungalow in San Diego. The air is rich with the tang of salt and citrus, but the limits of her new life seem to be closing in: She misses her freethinking mother, dead before Muriel's 19th birthday, and her sly, itinerant brother-in-law, Julius, who made the world feel bigger than she had imagined. And so she begins slipping off to the Del Mar racetrack to bet and eavesdrop, learning the language of horses and risk. Meanwhile, Julius is testing his fate in Las Vegas, working at a local casino where tourists watch atomic tests from the roof, and falling in love with Henry, a young card cheat. When Henry is eventually discovered and run out of town, Julius takes off to search for him in the plazas and dives of Tijuana, trading one city of dangerous illusions and indiscretions for another.

On Swift Horses is a debut of astonishing power: a story of love and luck, of two people trying to find their place in a country that is coming apart even as it promises them everything.

"Odyssean.... Pufahl’s voice is strikingly solid, timeworn but not nostalgic, as she unravels a cinematic story that avoids genre clichés or sentimentality.... The spaces she creates for her characters - San Diego’s languid Chester Hotel hiding in plain sight, Tijuana rendered as an underworld - have the aura of realms." (The New York Times Book Review)

"Imagine a cross between Revolutionary Road and Battleborn (with a little bit of Brokeback Mountain thrown in) and you might end up with something akin to Pufahl’s debut, a rich and rugged suburban western about dreams deferred and living defiantly." (O, the Oprah Magazine)

"A dramatic story set in a dramatic period of national history.... There’s a boldness of diction and imagery, a stateliness of voice and rhythm, that resembles less the product of an MFA workshop than the cadences of the King James Bible.... Pufahl does what great stylists do: she snatches back experience from the general world, making it sing in all its particularity." (The Boston Globe)