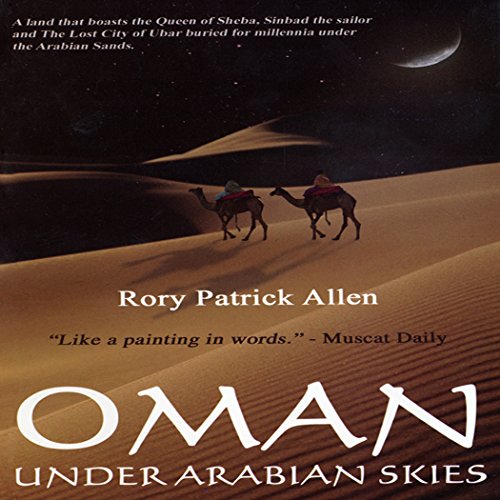 The Sultanate of Oman is a land of oases, deserts, rolling sands, shifting dunes, and mountains upon which ancient cities have been carved from stone. A land that boasts the Queen of Sheba, Sindbad the Sailor, and The Lost City of Ubar buried for millennia under the Arabian Sands. A country that was heralded for its wealth in frankincense, and it is from here that ancient frankincense caravans began carrying their precious cargoes to the classical world.

Oman is a country where the Bedouin still wander the deserts as they have since time immemorial. A mystical land where eagles soar over the mountain that is home to the prophet Job, a prophet in Judaism, Christianity, and Islam.

In the mountains nearby live an ancient people whose language predates Aramaic. The age of the language remains a mystery. It is a spoken language with no written form. In these mountains one finds caves that are decorated with prehistoric art. Mines and distinctive cone-like tombs dating from the Bronze Age feature all over the country. It is a land that has tales of wizardry, magic, jinns, and exorcisms. Embark on a magical and mystical Arabian Odyssey with one man and his traveler's tales through this land that time has all but forgotten.